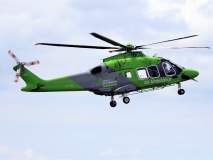 Sloane Helicopters, the UK’s longest established and privately-owned helicopter company, is expanding its operations through the recent acquisition of the Children’s Air Ambulance (TCAA) contract. Sloane will be supplying the Charity with two EMS AW169 helicopters later this year, together with pilots and aircraft maintenance. Having commenced operations in March 2022, the service is currently operating with an EMS AW109SP GrandNew in the interim period prior to introducing the AW169s later this year.

Having already fostered an established relationship with The Air Ambulance Service (TAAS), spanning over 23 years, Sloane also operates a turnkey solution for the Charity in the form of two AW109SP’s with a dedicated back-up aircraft for its HEMS operations.

With the company’s extensive AW109 HEMS expertise, the introduction of this contract is an excellent step forward for Sloane’s HEMS operations by expanding into the AW169 HEMS sector. The addition of these helicopters supports Sloane’s growing HEMS fleet which has doubled in size over the past four years, including two new AW109SP EMS helicopters delivered early in 2021.

Founded over 51 years ago by its current Chairman, David George, Sloane Helicopters is a leading European onshore helicopter company providing a full suite of aviation services. As the sole UK and Ireland Distributor and authorised Service Centre for Leonardo Helicopters (the leading twin-engine helicopter manufacturer) for over 27 years, Sloane has developed an unrivalled close partnership with the manufacturer and is renowned for its expertise with Leonardo products.