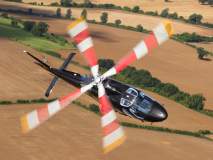 Leonardo-Finmeccanica announced today the renewal of the Distributorship Agreement with Sloane Helicopters for a further three years for the UK and Ireland market with respect to the AgustaWestland GrandNew light twin helicopter model, and the signing of a contact for a further aircraft. The announcement, made during an official ceremony at EBACE 2016 (Geneva, 24th – 26th May), also includes within the Distributorship Agreement the new generation AW169 light intermediate 4.6 ton helicopter for the UK and Irish executive / private transport market.

Leonardo-Finmeccanica and Sloane Helicopters have successfully been partnering for approximately 20 years to meet market demand in UK and Ireland. More than 75 new light single and light twin aircraft from the AW119, AB206 and the AW109 series have been sold in this region to date. The supply of AW109 Power and GrandNew helicopters to the 32 (Royal) Squadron of UK Royal Air Force (RAF) between 2006 and 2015 were among the most noteworthy milestones set by this cooperation. The 32 (Royal) Squadron delivers Command Support Air Transport (CSAT) capability for senior military commanders and Government Ministers in the UK and Europe. The Distributorship Agreement renewal and expansion will allow customers continued benefits by leveraging Sloane Helicopters’ product and market expertise while also dramatically reducing delivery times, helping Leonardo-Finmeccanica maintain its position as the market leader in the executive/private market in the UK and Ireland.

Leonardo-Finmeccanica’s extensive product line has recorded continuous and growing success in these countries not only for passenger transport purposes but also law enforcement and emergency medical services. Class leading performance, high reliability, safety standards and support have all been beneficial to the success of these best-in-class aircraft. The company maintains a leading position in the global executive/private transport market with a 50% share in the multiengine segment.