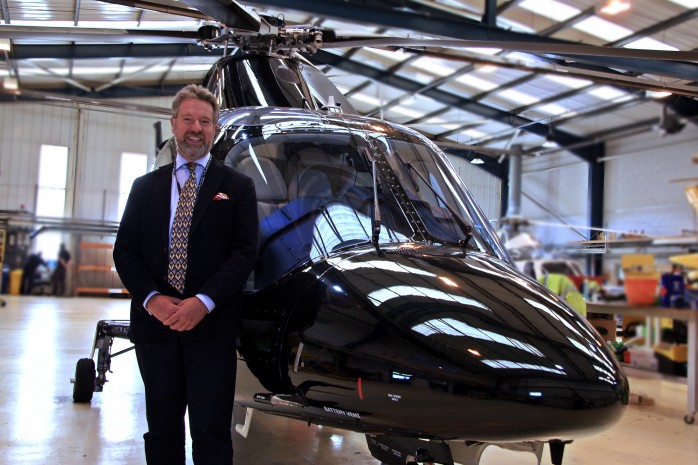 Sloane Helicopters is pleased to announce the appointment of Captain Justin Wood as General Manager (Penzance). Justin will be responsible for the day to day management of the Heliport and delivery of the Service between the mainland and the Isles of Scilly.

Based in Truro in Cornwall, Justin has consistently championed the return of the Penzance based helicopter service and is now delighted to be part of the team turning this into a reality.

Having flown on the previous Isles of Scilly helicopter operation for over a decade until its closure in 2012, Justin is extremely knowledgeable of the benefits of the service and will be a great asset to the operation. He has also gained invaluable experience flying the proposed aircraft type, the AW139; having recently been employed flying the type on Search and Rescue missions.

“Re-establishing the helicopter link to the Isles of Scilly will be the highlight of my career. The AW139 is the best helicopter I have ever flown and, based at the brand-new Penzance Heliport, it will provide a fast, stylish and resilient service between the Islands and the mainland” says Justin Wood.

Starting his aviation career in the Royal Navy, Justin flew Sea King and Lynx helicopters from a variety of ships worldwide, was captain of a minesweeper and later served as Commander (Air) of the aircraft carrier HMS Invincible. He completed a further 13 years in the Royal Naval Reserve culminating as head of the RNR Air Branch.

Operated by Sloane, Penzance Helicopters will be the only service to fly to both Tresco and St Mary’s. The AW139 helicopter will benefit from a flight time of only 15 minutes and will operate up to 17 times per day commencing on 17th March 2020. For more information, or to book flights, visit the website at www.penzancehelicopters.co.uk

Founded over 48 years ago by its current Chairman, David George, Sloane Helicopters is a leading European onshore helicopter company providing a full suite of aviation services. As the sole UK and Ireland Distributor and authorised Service Centre for Leonardo Helicopters (the leading twin-engine helicopter manufacturer) for over 24 years, Sloane has developed an unrivalled close partnership with the manufacturer and is renowned for its expertise with Leonardo products.